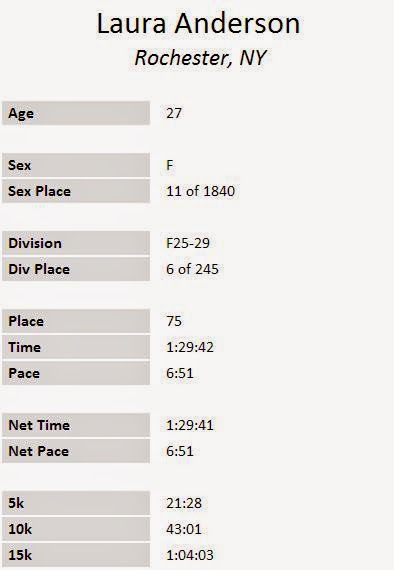 THAT Point in Training

We are a little over a month out from Boston, which means we're in the thick of the final grind until taper. Only a few more weeks of long runs and workouts, then the ever amazing thing called rest. This year is light years different than the final few weeks before Boston last year, that's for sure. I'm truly excited to head back to Massachusetts in a few weeks, and embrace all that the weekend and the race have to offer. More about that another time, for now I need to focus on getting through the rest of this cycle.

This point in training is...

When the already tough task (for me) of waking up in the morning becomes, even tougher. The struggle is real.

Where Tuesday night I cancel plans to do something because I am EXHAUSTED and will be in bed by 8 PM.

Where on Wednesday night (following above Tuesday) I say yes of course we can keep our plans tonight, as long as I can stretch and foam roll too. I'm such an exciting date.

This is the point in training where I need to sit back and relax for a hot minute and look at what I've done so far.

Maybe I just needed to take the time to write all of that out, stare at it and take a few things away from it all...

1. January was still a solid start to the year, even with being sick for a week.

4. Those 'average for the entire thing' include warm-up and cool down miles on tempo runs. There was a time my 'tempo pace' wasn't even as fast as I am averaging including those slow miles. Progress.

So, I may be tired and hungry and ready for taper but I've got a few more weeks of work to do. Hey Boston.....

Johnny's Running of the Green 2015

After a lackluster start to the racing year at Lake Effect, I was hoping for a breakthrough at Johnny's. Well, I got a PR and had a really fun day with Heather- so maybe not a breakthrough but certainly a fantastic weekend!

The week was a little hectic with life/training/work but  kept on track- until Friday. Things blew up at work a bit and I couldn't get my run in before it got too late, it happens. Luckily Heather was coming into town after work, and her being there helped me mentally relax and unwind from an exhausting day. We went to Johnny's Pub where packed pickup is (yes, at a bar), and of course had to stay and have a pint. We had a pretty low key night the two of us with food, drinks, and lots of talking. Also, my dog attacking her with fur and kisses- at least he is cute so he can get away with it.

Race morning is so easy for this race as I live a mile away. We parked, warmed-up, threw our stuff inside the War Memorial and then we were off. I was so happy to see that they FINALLY listened to runners and removed the bottleneck start this year and gave us some room. Once we started I could tell that not running since my tempo on Wednesday was going to create some heavy legs. I tried to shake it off and just run.
I hit the hairpin turnaround feeling...."meh", I focused on the fact that after this I would see everyone coming back and could feed off the crowd. I was running near another local girl who I finish very close to in most shorter races. We went back and forth for a while, listening to people yelling our names- that's the Rochester running community for you. 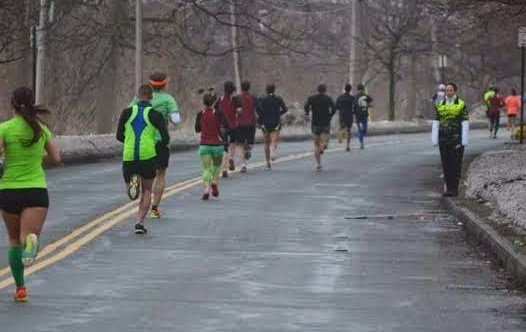 Mile 3-4 was just a grind, I couldn't seem to find the right gear. Nothing felt smooth or comfortable, but finally in the last mile I found at least one more gear to finish strong and with fastest mile of the day.
I finished with a 32 minute 5 mile time, a new PR, top 10 finish. So maybe it wasn't what I planned, but still a great outcome. I got to cheer on friends finishing, including Heather and her big PR! We did a cool down jog, then checked results to see we had both placed third in our age groups. Hell yes, wine and medals for awards.

After we got our awards, we have some serious business to attend to. Yes we wore our race shirts and medals, and yes I actually drank Bud Light. I also drank some whiskey and Guinness, so don't worry- I'm not completely losing myself. 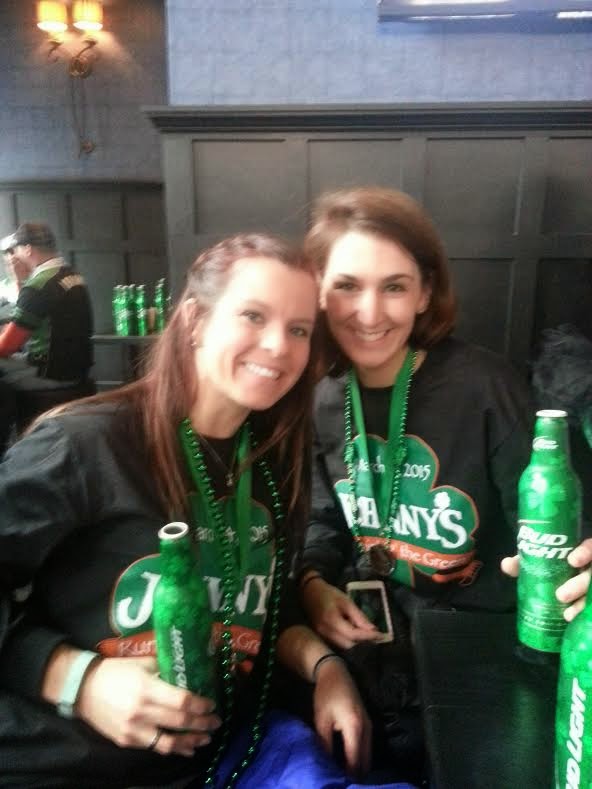