A Summer of Stupidity & A Work in Progress

I've alluded to it a few times (particularly when I discussed hiring a coach)- but I can openly admit that last summer I was on a destructive path with my running{which also affects life....}. It's something I think about often, in hopes that I don't go back to that again. You guys, it wasn't worth it.

This time last year was the turning point where things went from okay to seriously not okay in a hot second. It's hard to look back but at the same time it's good to see what I have learned and how far I have come in a year. A lot of these are going to seem like common sense- but you'd be amazed at how EASY it is to fall into these traps.

1. I wasn't taking the time to recover. I was working insane hours, combined with heavier training  I'd done before- and I simply wasn't resting. Add in the fact that I never recovered from Boston properly because I was vulnerable and thought diving back into things would help me get through life. Sometimes I would be so busy I would use my 17 hour double work days as my 'rest days' from running- nope, that really isn't resting or recovery. I'd be good with it for a few weeks, and then crash hard and spend a day in bed sleeping. Not a good cycle.
2. I let my nerdiness get the best of me. I LOVE numbers, particularly running numbers. I was so focused on numbers I needed to hit- whether it was daily/weekly/monthly mileage, or paces. I ran more off of feel than specific miles/paces for years- and it served me very well. But all of the sudden I believed that I couldn't get better without the numbers. Which- I do partially believe is true, but when you go about it the smart way. I believe one of the best things is pace RANGES, some days your easier pace might be slower than others- and not being tied to a set number is important.

3. I was running too fast on my easy runs. ALL. THE. TIME. This is something I was always a bit guilty of- but last summer took it to an extreme. I was dealing with a lot of peaks and valleys with my emotions which manifested itself in my running. Once in a while going a little faster on an easy day is one thing, but this was EVERY day. That accumulated over the course of a few months and it came to the point where I couldn't even hold 'easy pace' in a race. My body didn't know how to push at races anymore, because I had pushed it every other day of the week. When I finally started working with my coach (August), I questioned my ability to hit paces in the long tempos he gave me. Oddly enough I found slowing down on my easy days like he said, meant I had way more energy on workout days and was able to get it done- imagine that!

4. I was taking advice from the wrong people. I'm a nerd, not only do I love numbers but I also love learning about things. I read mountains of books and articles each year about running, training, racing, nutrition and general fitness. I ask questions to those people who know more than me, or know about something that I may not be familiar with. This is a good thing, I do think my willingness to learn has helped make me the runner that I am. BUT, in this day and age. It's easy to get caught up in- he/she is fast so they must know the best information! He/she is a certified coach so there is NO WAY they would give me bad advice. Pardon me, but I once read a blog post by a "certified coach" who classified 800m intervals as a tempo run....because it was Tuesday- TEMPO Tuesday y'all! {NOTE: This is not a person I was taking advice from, just an example}. I was listening to advice that wasn't right for me, and some of it just not right in general.

5. I stopped practicing what I believed in (and what had worked for me). I was always good about backing off when I felt I needed to, taking an extra rest day (or cross training) when warranted, and other such things. I stayed pretty damn healthy and injury free for a long time because of that. Last summer, not so much. I felt like backing off was a sign of weakness. That you gain through pushing when you can't anymore, in some cases it's true but not always. I was trying to be a completely different runner than I was before, changing everything about the way I ran and trained- instead of focusing on one thing at a time. Change isn't a bad thing; but I basically tried taking an entire engine apart at once while it was still in the car going 100 miles an hour down the highway- and I don't exactly have Fast & Furious type skills.
6. I fell into the "eat/drink what's convenient trap". Because I was working so much, it didn't always leave a lot of time for making healthy meals. I knew better, I knew I should be prepping my food, packing lunches, and not making excuses. I was eating out of convenience, and admittedly was indulging far too often. A few drinks after work, became more of a normal occurrence. Granted this was less about convenience, and more about washing away the pain and helping me sleep. Some days I ate little to nothing and others I rivaled the diet of an NFL linebacker. The lack of proper fueling on my part, definitely played a part in lack of recovery and lack of energy when I needed it. 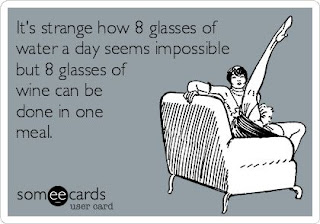 7. I played the blame game. So and so made me feel this way so I need to do this. The weather was so bad that's why I bonked. I was told I need to do this or won't get faster, it ran me into the ground. I'm hurting so I'm allowed to do what I want.

Fact of the matter: I wasn't making smart decisions and that's my own fault- but at the time I was doing what I needed to in order to get by. I can't change it, I don't regret it- but I can learn from it.

Looking back it all makes me laugh, and cringe. Yeah, I do a lot of cringing. I thought that looking back certain events last year would be tough- and it was. But it's far tougher to see look back and see the things that I was doing wrong that I was actually in control of. 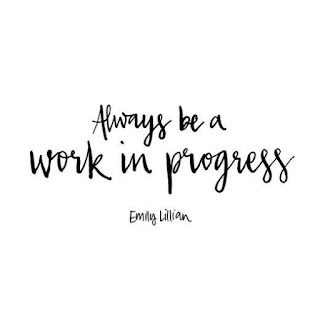 This year things are far different, and I am grateful to have a good support system that helped me get there. I say all the time, running may be individual but I certainly always feel like I have a team. I rest when I need to, I run easier paces on my easy days but I also run harder on workout days- it's been a good balance. While I sometimes still struggle with the nerdiness and wanting to see all of the numbers- it's gotten easier because this time around I'm actually trained and ready for more.

I've taken a lot of time to really reflect, and adjust my attitude about things. I've become a much more positive person in the last year or so- and it has had an impact on all aspects of my life. Taking responsibility, and taking control of the things that I can. I'm far from perfect, and I know I have some bad habits still- but it's okay to be a work in progress, that means you're living your life.
Posted by Unknown at 4:00 PM