WHY I Hired a Running Coach

I've been asked a lot why I hired a coach, what I hope to get out of it. The answer isn't black and white. This is something that had been on my mind for a long time but never really had a reason to act on it. I had PR'd every distance in the 12 months leading up to hiring a coach. I hadn't had a string of injuries, I hadn't had a pattern of things happening that warrant changes. Those are 2 big things that let me hold off on a coach for as long as I did. I was getting faster, stronger, and remaining mostly healthy/intact without a 'coach'.

The sum total of all things this year was pretty much what led to my decision though.

I had big goals while training for Boston. I wanted my training and miles to be stellar- if that meant a PR then great, if it didn't then that's fine too. Here enters Polar Vortex, The Unexplained Calf Debacle of 2014, and my personal life being in shambles. Boston became an 'experience' run and I was okay with that, I shut down training well before the race even happened. I was smart enough to back off so I could run healthy, even if that meant slower. Then after Boston, recovery was 'magical'. Maybe it was the weight off my shoulders from everything else, maybe it was just a fluke- but I was running better than ever. Earning myself a nice shiny new half marathon PR at the end of May, I was on top of the world. Then the slow spiral started.

June was okay, I was excited and officially marathon training again. I had 2 sub-par races but nothing I was overly concerned about, they weren't my goals. Training was going well, I had a loose plan of what I wanted to do for Rochester but was also enjoying the freedom of doing what I wanted with my running.

July, started great with a strong 20 miler. Three days later I let emotion and rage get the best of me and banged out a 16 miler (and not a 'recovery' 16, because that just isn't a thing). I felt okay though, some friends showed concern but I said I was FINE. The rest of the month continued into a depressed state(Physically and emotionally). Running a 5k and 10k that were the worst I have ran in years, something was wrong. Part of it was physical, and a big part was mental but there was no denying it...July was a rut and I was borderline over-training. I struggled pretty bad and only told a few people about it- I was ashamed at first. I felt like I was failing, and felt like I couldn't pull myself out of it- luckily I have some kick ass friends who made sure to remind me that wasn't the case. I knew that I needed to make some changes, and that started with actively searching for help at the end of July.

A good friend of mine had struggled with some similar things, but had seen much improvement since working with her coach. I was frustrated, emotional and feeling like everything I had been working for was slipping away. So she introduced her coach to me via email. We emailed, back and forth over and over. Was this going to be a good fit? What's your training style? Getting to know each other and making sure it was right. I can truly say he helped me get my running back on track the last 4 months. (No more rut, no more flirting with over-training, and mentally finding my race grit again. If that isn't proof maybe the new marathon PR, and a new half PR/Win are--and this is just the beginning) 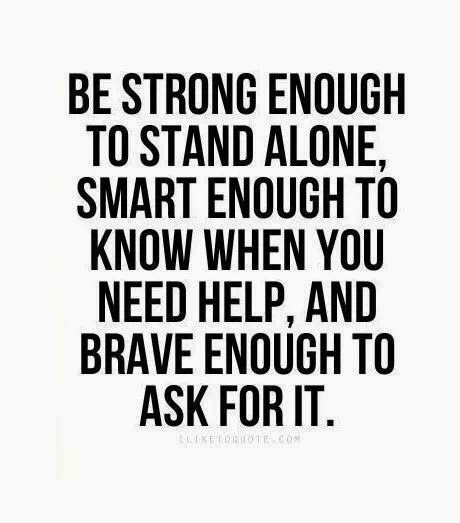 So I can relate to all those reasons I said people choose a coach. I wanted to get started (training at new level), I wanted to learn new ways to do things and new ways to help this lifestyle and not just when it comes to pounding pavement.

Obviously I want to get faster and stronger, coach and I have some big goals for myself and I love it. I needed to heal, physically and mentally- slowing down, giving him the power and removing some of my stress, the added encouragement....it was all healing to me (healing does not just refer to physical injuries).

Then there is the fact, I hired a coach because I could. I work two jobs as most of you know. This is not just so I can pay my bills, this is so I can sustain the lifestyle that I want (mainly race fee's and travel, let's be real), save money for future and still have a life outside of paying bills. I don't have kids, I drive a car that is paid off(read: old), I live in a modest apartment, and I don't live beyond my means. I have the ability to put some money and time into my training so I'm taking advantage of that because it's important to me.

Asking for help isn't a sign of weakness, it doesn't mean I wasn't good enough before- it simply means...I needed help. We all do in some way or another, whether we admit it or not. I wanted to get the help before things got worse, over-training/injury are things I wanted to avoid. Having a coach doesn't eliminate those things from happening- in fact I think having the WRONG coach can increase chances of those things. I happened to find a coach I work incredibly well with, and for that I can say I'm truly grateful.


I have another post in drafts about things I have learned having a coach, and what I find to be most beneficial- if you have any questions you want answered let me know and I'll include it!

Has anyone else reading here experienced serious physical/emotional rut with training (borderline over-training)?
[I'm considering a post on some experiences with this, I would love some input on those who have experienced it. If it makes you feel more comfortable you can email me instead of leaving it in comments (I will make the post anonymous)]