It's been four weeks since Boston, four weeks of straight up life and recovery. I'm finally getting back into routine, and back into gear to train again which is a welcome change.

The days following Boston were very emotional. Post-race foggy runner brain, combined with my grandmother passing away two days after the race, and also finding out that my Mom would potentially be moving to Chicago. It wasn't the easiest of weeks, it was a lot to take in at once.

Five days after Boston I decided to run. Normally I am good and wait as per coaches instructions but I NEEDED to run after that emotional week, a few easy miles to see how the legs would react.

I was already planning on spectating the Flower City Half Marathon that Sunday morning, and after running a little Saturday thought about maybe doing the 5k Sunday. Sunday morning came around, and I knew that I needed to run. I needed to feel something and get out there, so I went to spectate and also registered for the 5k. I was able to still watch the start of the half, run the 5k, and be back to spectate the finish- it worked out well.

The start line was pretty amusing. Lot's of "Laura, what are you doing?" from friends giving me funny looks and shaking their heads{but still smiling}. I just smirked and did some strides, running a 5k six days after a 3:04 at Boston wasn't the craziest idea but we got a kick out of it. A few people recognized me from the article a few days prior and congratulated me, I may not be a pro and I may not be the fastest runner in Rochester but it is cool getting recognition {that's me just being honest :), here's the article}.

I ran a 19:38, which was good enough for first place female. It's 30 seconds slower than my PR, but felt good to go out and knock a sub-20 down so soon after my PR in Boston. Was it the smartest of ideas? Probably not. But I needed it, and when I told coach afterwards he understood.
The following week was pretty emotional as well. Still coming off of the Boston highs/lows, and also attending the wake/funeral for my Grandma. The only thing I can really say about this is that I have amazing family and friends. It was a tough time in so many ways, but I never felt 'alone'.

I ran here and there but nothing over the top, taking recovery day to day and not wanting to push. A little over 20 miles that week, not even close to normal miles but enough to keep me from going crazy.

That weekend I got away for a night in Toronto, so I could cheer for friends running the half and full marathon. It was fun to be there for others for THEIR race, and be able to support they way they do for me. Jess ended up with a big PR in the half, and Amber went on to run her first BQ time. She was there the first time I qualified for Boston so it was really cool to be there for hers. This whole weekend, being around runners and races- solidified my fall racing plans, but more about that another time.

More easy running, and more getting back to life after that. The following week was the first week in over a month I worked a full week. Due to travel for Hollie's wedding, Boston, Funeral etc. I hadn't worked as much as normal so I was in for a big 'back to reality'. I admit though, it was a welcome distraction and getting back into routine was much needed.

I was rewarded for a full week of work (the humanity! ha!) with being able to spend time with Heather. She came into town on the weekend to spend time with me and so we could run the Pink Ribbon 5k on Sunday. We went to the Lilac festival for a bit, got rained on, and sat in one of my favorite bars (fantastic draft beer selection) for a while- much needed friend time. 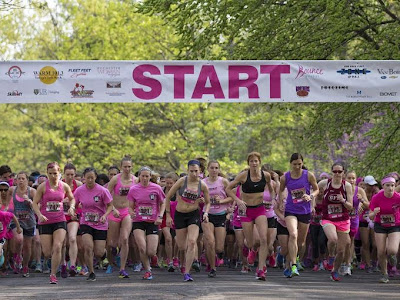 Sunday's 5k was not what we hoped for, but it happens. It was a hot morning (and being in Upstate NY, not exactly acclimated yet), and neither of us felt fantastic. I promised coach that I wouldn't 'red line' during the race especially if I wasn't feeling 100%. I ran a 20:23, not my best but I wasn't overly upset. Heather and I both walked away with age group awards which are Wegmans gift cards, and then we drowned our hot selves with Starbucks S'mores Frappe's. Things could have been worse.

Since then, its pretty much just been more of life. Getting back into running routine, working, taking care of an allergy ridden dog, etc. I've been taking recovery pretty seriously, getting back on track with the little things and the big things. Nutrition, injury prevention, rest, all of that so once it's really time to dive back in I am 100% ready. This past weekend I ran my longest run since the marathon (12) and felt good after a more consistent week of training.

I am excited that I actually have my first workout this week, back to the track! Training can be tough, and time consuming- but there is something calming to me about having a plan and a goal to work towards. Next weekend I will be a pacer at the Buffalo Half Marathon and after that, it's truly back to building and getting ready for summer and fall. 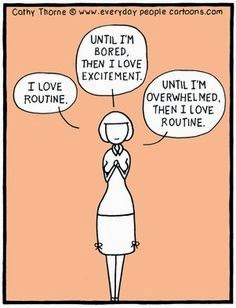