I can't believe it is Friday already....
As I talked about yesterday though, at some point we must carry on.
As a part of the running community we run on and never forget what happened,
but honor it by moving forward and standing together in support.

Quick recap of the week so far

Today marks 1 month until marathon #5 , I've said it before and I'll say it again, I am not going to be prepared as I should for this. The last few weeks have been off and I know that will affect it.  I am not going into the race with a PR goal (but that was always the plan for this race), it's another marathon and another long run. After lots of thinking, and bouncing ideas off some people... my plan for the next few weeks is to just be consistently running. I do NOT plan on tapering much for the race, maybe a few days (with the exception of biking, I most likely will not bike the week of the race, need fresh quads). Cleveland is not my goal race...Musselman 70.3 is(July), therefore killing myself  for a better time in Cleveland next month wont do my any good.

As for the duathlon I am doing next weekend, let's just say it won't be pretty. I'll make it happen, but I am very ill-prepared for it. I won't make excuses like some people will do, I will simply say I haven't been dedicating enough time for it lately and that is at the fault of no one but myself. My goal is to finish, and hopefully not fall on the bike or during transition.  If I can do that, I'll be a happy girl. 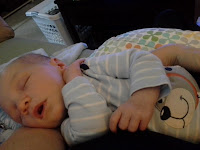 Boston Tribute Updates: I am loving all of the planned tribute runs around the country, makes me proud to be a runner. I am implementing my own small little tribute...I am going to be making some blue/yellow ribbon pins to wear at races over my heart.... something little but sentimental. Let me know if you want one or have any ideas (I'll post a picture when I get one made up)!


What are your plans for the weekend?
Have you ever done a road relay (Ragnar, etc.) before?
Whats the lamest excuse you have heard before regarding someone's workouts? 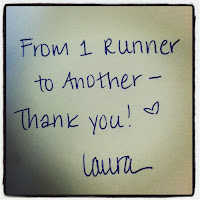