Wordless Wednesday: Running Beyond the Lyrics

Something I actually like about tapering (there aren't many things...besides more food), is playlist making. I pretty much have it down to a science, which totally shows my OCD but I really don't care.

I've got one of the widest range of music collections that you will ever see, hell there is even some Trans Siberian Orchestra Christmas tunes on there, right before Blue man group, some Skillet, some Demi Lovato, some Shinedown, Halestorm and even some Miley.... okay you get the picture. 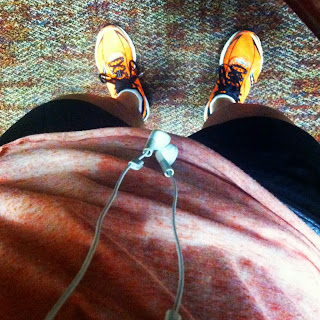 Something I really love mixing in to my playlists is worldess/instrumental songs, basically songs with kick ass beats without the words to distract me. Don't get me wrong, I love running to songs I know all the words to- it distracts me from the miles and the soreness and the monotony of one step after another when things get hard. BUT there is something to be said about the trance I have been getting in while listening to sick beats.

Last night I had a good wordless jam session on the treadmill, and thought I would be nice and share some of the power beats I like to jam to with you.


Without further ado, here is a short list of songs that don't have words, that you NEED on your running playlist(some of them may have occasional words but not much).You can thank me later.


1. "Crystalize" by Lindsey Stirling
[I found this amazing violinist thanks to Pandora, I pretty much love running to her music, this song is one of my favorites though] Also by Lindsey-- "Elements", "Shadows", "Moon trance" and "Spontaneous me".


2. "Apologize" by Hollywood Undead
[There is a version of this with words, but I like it better without. The beat is sure to up your cadence regardless of how tired you may be]

3. "Christmas Eve/Sarajevo" by Trans Siberian Orchestra
[I know, I know...Christmas music? YES really. Just try it, I promise you won't be sorry]


4. "Rods & Cones" by Blue Man Group
[I became obsessed with the BMG soundtrack in 2004 after seeing them live in Vegas, I particularly love running to this one because it's got that happy upbeat tempo going]

5. "Braveheart Theme" (Techno Remix)
[It starts slow, maybe the first 45 seconds- but then the beat just really picks up]

6. "Perfect Outlaws" (From American Outlaws)
[John suggested this one, definitely good one for movie buffs, I mean it's definitely got that "home stretch" kind of feel]

7. "Tapestry" by Intervals
[I mean, you really can't run to this and not speed up. "Momento" is another good one by Intervals.]

Do you run with music?

Do you ever run with instrumental or only with lyrics?

What is YOUR must have song on your running playlist?
(So I can totally add it to my Wineglass playlist!)