After being in NYC with Heather for the weekend- there are obviously a few photo's for, you know... #proof. I tried to cut the number down but...yeah...there's still a lot! Enjoy! 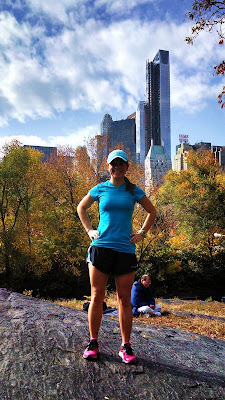 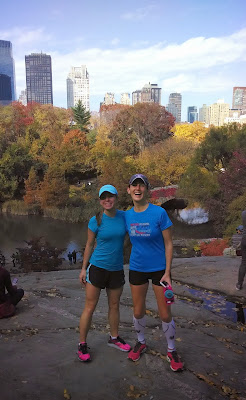 Success! We got pictures on the giant rocks in Central Park! Tourist Alert!

After walking around the city, we met up with 2 of Heather's high school/college friends (small world they were in NYC too, and not for the marathon!) and then went to hotel. We legit ate pizza, drank Guinness and made posters all night while making our plan of attack for spectating the next day.

After spending the morning around mile 14.5 we hopped a train into central park and were able to catch runners around mile 25. I was so excited watching people come through, and so surpised to look up and pick Danielle out of the crowd, I cheered as loud as I could! Then we got to see Hollie come through, I was so happy for her- she was almost done and so close to being a marathoner!
After a lot of walking (on her part..and ours...) we FINALLY got to the family meetup area and got to give Hollie a celebratory hug. She blew her first marathon out of the water, 3:17...freaking incredible! It took me 6 to get to that time! I'm so incredibly proud of her and I know this is just the beginning! 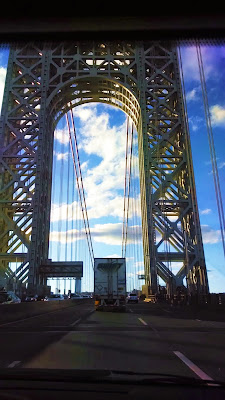 After a great weekend in NYC, Heather and I made our way out of the city and back to upstate...

Definitely a weekend I will never forget. I have thoughts on the weekend and spectating that will be in tomorrow's post :)


Did you spectate or run NYC?

What is your favorite sign you have seen during a race?