This isn't the post I had originally planned for today. I had planned on recapping the two races that I did in July, which happened to be the worst 5k I had run in 3 years and the worst 10k in 3 years. I've avoided talking about them much because honestly I hadn't accepted them. While I haven't accepted them yet, I have realized that some things you shouldn't accept.

You shouldn't accept failures, because they don't define you- and you can use them as fuel to get better.

You shouldn't accept success, because if you become 'content' you'll stop pushing and challenging yourself and then what is the freaking point?

You shouldn't accept people taking you for granted. You are worth something, your efforts matter and if people don't notice and appreciate...they do NOT deserve to be a part of your life.

You shouldn't accept that "bad things happen" it's part of life but sometimes those things can be prevented. Understanding that bad things happen is one thing, but accepting and not doing anything about it(when you can)- that has to stop.

You shouldn't accept constant negativity, each person in this world has enough going on that we don't need other people peeing in our cheerios.

You shouldn't accept people making you feel small, or useless or unimportant because you don't meet their standards. Fuck standards.

I could go on, and on about all the things that we shouldn't accept in this world. I could also point out that I have been guilty of each and every one, including doing some of these to others. Shame on me. 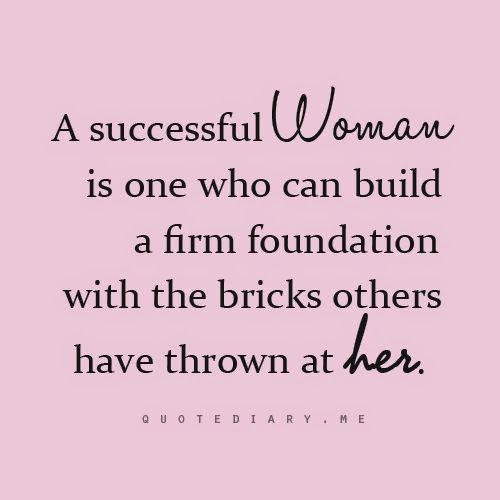 We shouldn't accept a lot of things, but we should use them...the good and the bad. They are all bricks. Now I'm not a mason, but I do know a good one so I'll  pretend that's me right now.

We build our lives brick by brick. Every lesson, every memory, every choice and decision we make- it all builds up to who we are and what we stand on. The people in our lives, yeah they are bricks too.

Not all bricks are created equal. Some are smaller and rough around the edges- for instance that test (or 5) that you failed in that college class..or those stupid drunk nights we'd like to forget...yeah that won't exactly wreck your home (maybe your GPA a bit). Then we've got some bigger bricks, jobs or friendships that held an important part in our lives but eventually faded. We've also got some gigantic bricks (again, not a mason)....that long term relationship (perhaps an engagement or even a marriage) that really takes up a piece of that structure we call life.

In terms of training all bricks are not created equal either. Those PR's and breakthrough bricks will be bigger than any crappy workout or race will ever be. Those hard days where you don't want to run but you do, those still add to the foundation.

All of these 'bricks' get put together in whatever way they fall, we don't always have control to move them around like tetris. As the lines pile up and full "rows" fall away it gives us room to fill the empty spaces and then move on to the next. The whole time, building a stronger and better foundation. Some of those bigger bricks (so technical, I know) take longer to 'fall away' but eventually you pile up enough on them that they too become just another piece of the foundation that drops out of sight.

Those bad races from July, sure they are still there and part of this training cycle. But so is the kick ass tempo run I did yesterday (where I most certainly beat that shitty 10k race time in a workout). Let the good fill the cracks and then move on. Each brick has purpose and each gives your life structure. You use the bad ones to step on while working your way to the good things. 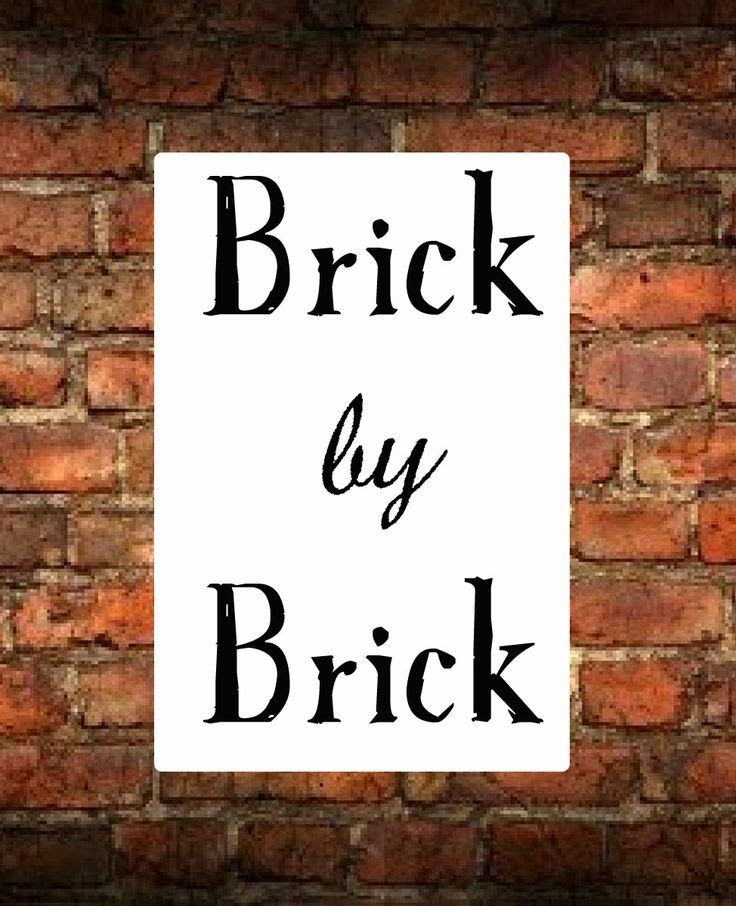 Those friendships and relationships that didn't last? Those bad workouts or races? Those moments where you question if you'll find what you are looking for? Guess what, they helped you get where you are today. Learn from them, and use them to move forward without dwelling on them. Because you know what, tomorrow you'll add another brick to the pile and those other ones will be further from the top.

Maybe this makes no sense to anyone but myself, it wouldn't be the first time.

But right now, my 'mantra' is "brick by brick". I have some big things I need to build around(in life and training) so I can move forward, but each day I will do just that. Throw a brick on the stack and keep on going. Some days "brick by brick" is a tough pill to swallow because I just want to throw a million on at once to move on, and some days I want to take a sledgehammer and go all #beastmode on that damn wall knocking it all down.

So go build a wall, or knock one down and start all over. Whatever you do, don't accept...don't settle...and don't forget that eventually the older bricks will fall away making room for new and improved ones.

I wouldn't even know what questions to ask following this mindless masonry and tetris blerb.

Let's all be thankful I'm not a mason, and be surprised to know I'm actually good at tetris.
Posted by Unknown at 4:05 PM