2 years ago I also made the decision to run "back to back" marathons. I'm not talking same weekend, or even a week or few weeks apart. I'm talking 8 weeks apart. To some, that isn't back to back but for me- that was a big leap.

Here I sit 2 years later in the same position of running marathons relatively close together- but this time everything feels different. 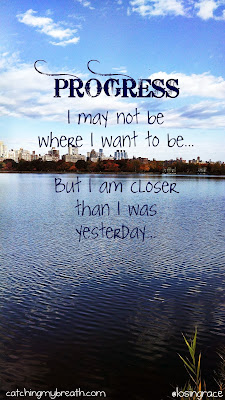 I'm a much different runner than I was 2 years ago. I'd like to think I've gotten smarter and stronger over the course of the last 24 months. Something along the lines of "I may not be where I want to be, but I am closer than I was yesterday".

In 2011 the Rochester Marathon was my second marathon (you can read about marathons 1-5 here). The race did not go as I'd have hoped, in fact I considered it a huge failure (it really wasn't, but that was how I saw it at the time). When analyzing my race that day, I played the victim. I blamed the canal path for my painful quad, I blamed my boyfriend for making me cry before the race, I blamed the heat at the end for my demise. Fact of the matter- I wasn't trained enough for the race, my boyfriend issues ran far deeper than a pre-race fight that morning, and perhaps most importantly-I didn't go in with realistic goals. That night I signed up for another marathon 8 weeks away because I thought I could prove something. I thought I could prove that those things were what held me back instead of my own mistakes and shortcomings (or the fact that sometimes it just isn't your day).

I ran Harrisburg Marathon 8 weeks after Rochester, I ran a 4 minute PR and felt much stronger than I did before. In hindsight, it was because I went into it more trained, more prepared and more mentally stable (sheesh I'm making it sound like I was a mental patient).

Clearly running "back to back" races worked out for me before, but looking back there is part of me that says I wish I did it for different reasons. I was so focused on the negative, I was so focused on proving something (I don't even know to who) instead of focusing on enjoying myself and bettering myself as a person and a runner. I ran the race to prove something that had NOTHING to do with running.

This time is so much different. I had a great race at Wineglass, I won't try and say otherwise. It was a PR and a well executed run. I missed my "A" goal of 3:15 though and that left me wondering, can I do more? I analyzed the race but this time I focused on what I did well, and where I could improve instead of focusing on things that I couldn't control (i.e. weather, course, outside influences). I am running CIM to see if I can push myself a little more this year, to really put all the pieces together and get that time. I am running CIM, not because I am disappointed with Wineglass- but because I have faith in my abilities and know I am capable of more.

So picking another marathon 9 weeks away didn't seem crazy to me, and still doesn't. I've been smart through the training, backing off when needed and pushing when the time was right. I am well aware of the 'risks' associated with running 2 GOAL marathons close together like this, but I have accepted those and feel it's still the right thing for me. 3:15 is still in my sights, and I have not let go of that- but if it doesn't happen at least I can say I tried. No more wondering "what if".

It's cool to look back and see how different things are from a few years ago. Sure, I am still a stubborn pain in the ass running another race chasing that adrenaline rush. But at least this time I am more positive, focusing on things within my control, and this time- I'm just a much happier person than I was. Changing the way you think and feel about things can make a huge difference, changing the people and things in your life can also make a difference. Don't be afraid of change- it really isn't the enemy. You can't move forward without making changes, no matter how big or small they are.

Is there a race that taught you more than others?

Are you good about not dwelling on things you can't control?